FUTUREVOLC conducts exercise for an eruption of Katla volcano 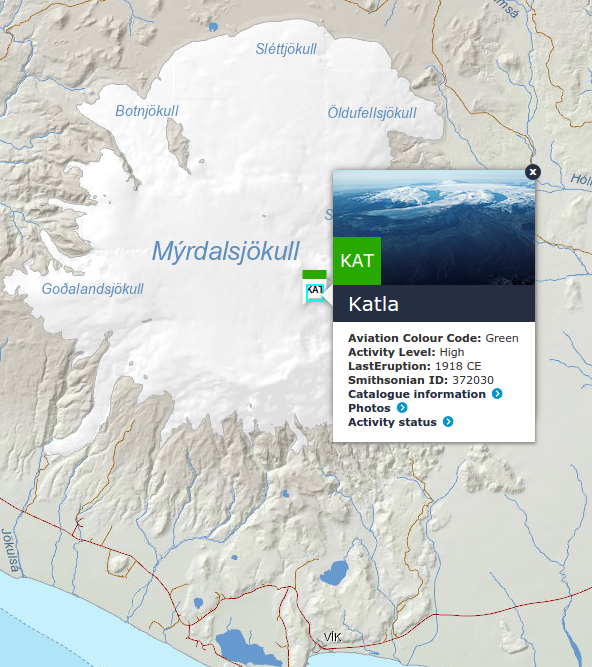 A large exercise to simulate developing unrest and an eruption at Katla volcano has been conducted by FutureVolc.  Over three days at the end of January 2016 all 26 FutureVolc partners, together with additional Stakeholders, were involved in responding to an evolving eruption scenario.  The exercise has been a great test of the new instrumentation and procedures introduced by FutureVolc.

View from the West on Katla volcano and its icecap. Photo: S. Dumont

Katla is one of Iceland’s most active volcanoes and has been one of the focus volcanoes for FutureVolc.  The central volcano lies under the Mýrdalsjökull ice-cap and is partly covered by ice, up to 700 m thick.  The last eruption to break through the ice took place in 1918 CE and was accompanied by an enormous jökulhlaup.  Activity at Katla poses a multi-hazard threat to a widely increased population (both locals and visitors), which requires a wide range of instrumentation and expertise for monitoring.

To define a realistic scenario for the exercise, experts from outside of the FutureVolc project were engaged in the planning. They proposed a situation in which there was a small glacial flood and steam explosion from the southern part of the Katla caldera on the first day, with increasing seismicity in the afternoon.  On the second day the activity culminated in an VEI=4 explosive eruption (VEI is the Volcanic Explosive Index) which generated a bent plume up to approximately 10 km moving to the NE due to prevailing wind conditions. A large jökulhlaup (glacial outburst) accompanied this event.  The eruption continued into the third day, with a decreased intensity in the morning. A dome growing in the Southern part of the caldera caused a local rock-fall. The exercise was called to an end in the afternoon.

The detailed scenario enabled all partners to practice and test their response procedures.  In Iceland, a Scientific Advisory Board was formed by the Icelandic Met Office, University of Iceland and Department of Civil Protection and Emergency Management to discuss the evolving situation.  Procedures for sending monitoring teams into the field were practiced and the set-up of new equipment for taking ash samples was tested. 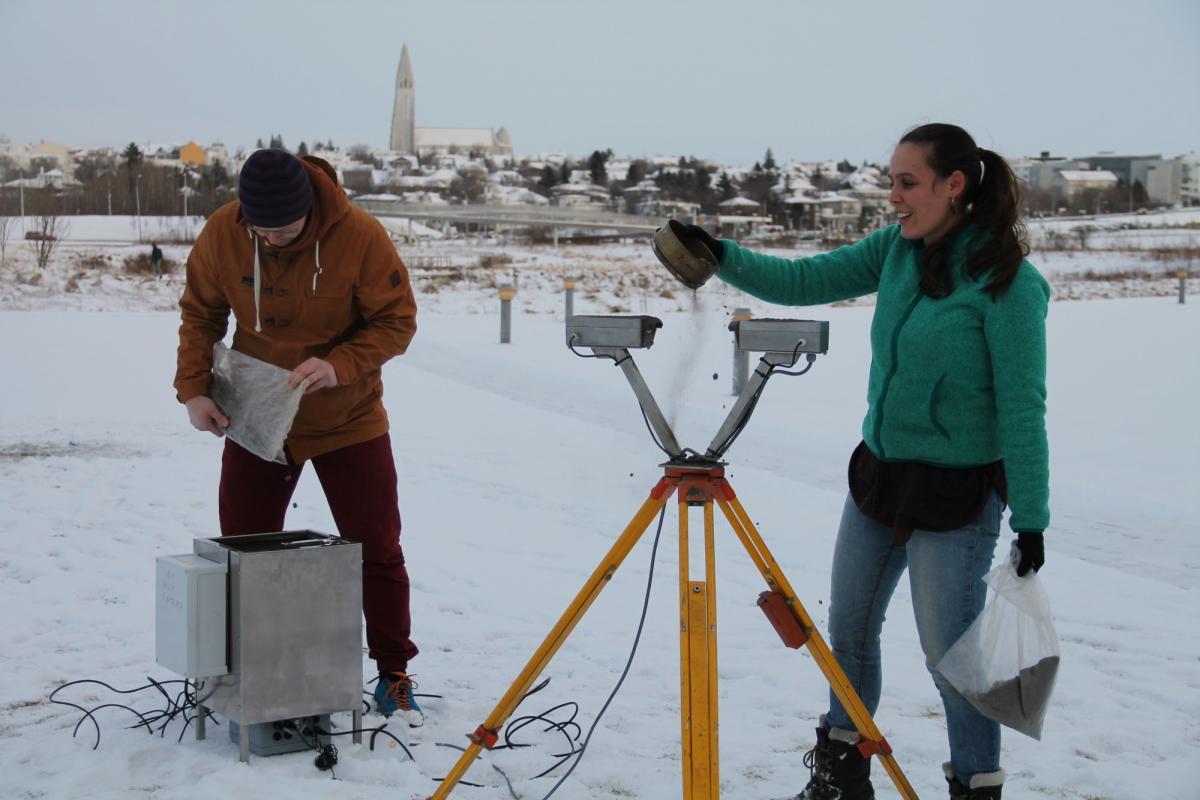 During the exercise, PhD students at University of Iceland simulated the ash fallout in order to test new automated ash samplers and their streaming in real-time. Photo: S: Dumont. 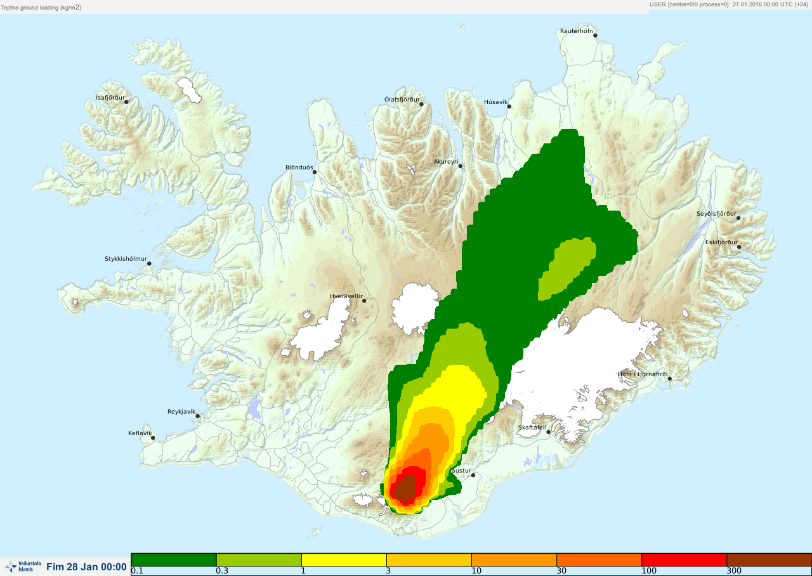 Forecast of the tephra ground deposit as obtained by using VOL-CALPUFF code and ECMWF meteorological data. The results show the ground loading in kg/m2 after the two days of the simulated eruption started on 12:00UTC on day2.

FutureVolc partners were able to practice evaluating monitoring data from seismometers, radar and GPS stations, the acquisition of satellite data, and running models to determine information such as the mass eruption rate. All of this was done in real time.

Good communications in any eruption situation are vital and the exercise has tested new ways of sharing and discussing data. To evaluate downstream dissemination of information, the exercise included the London Volcanic Ash Advisory Centre (VAAC) and representatives from the international media and civil protection.  These end-users required accurate and timely reporting of data and information, which helped bring realism to the exercise situation.  The recently released FutureVolc datahub and Catalogue of Icelandic Volcanoes were also tested for the first time in a real-time response situation.

The exercise was a successful test of the response to an eruption and the associated hazards at a volcano such as Katla, but has also shown that there are areas where things can be done better.  During the remainder of the project, FutureVolc will be working on refining its procedures.